It is a unicycle simulator for the Commodore 64. It allows you to play a unicycle video game using a real unicycle.

It also allows you to play games with real Game Controllers, or by using gravity. But that is secondary. More info here.

The The Uni Games video game 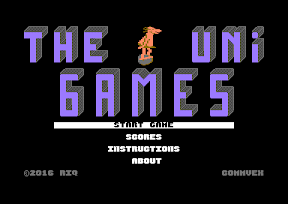 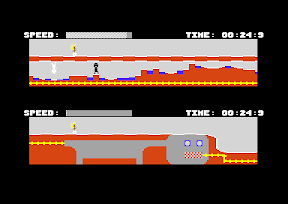 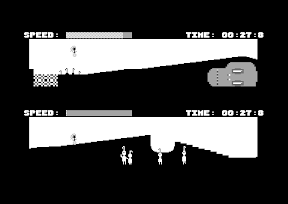 Available for the Commodore 64 (and Commodore 128). Supports PAL,  NTSC and Drean machines.

Decodes joystick movements sent from your smartphone. It forwards the received data back to the Commodore 64.

The WiFi device consists of:

Coded 100% in C++, the firmware uses a fast network protocol. Responsiveness is a top priority. Works with any ESP8266 module, and its range is more than 1000ft.

This smartphone application reads the accelerometer data from the smartphone and converts it to joystick movements. It sends the data to the UniJoystiCle WiFi device in a fast and reliable way. Reliability a responsiveness is a top priority.

Or alternatively, you can download the source code and compile it yourself.

What people are saying

“Unicycles are totally the next immersive video game experience”

“The world’s first unicycle controller, and the first video game to use this truly immersive, better than Oculus”

“You Can Finally Control A Video Game With A Unicycle”

Option A) The Board

Option B) The Kit