This is mostly a bug-fix release, focused on improving the workflow.

END_OF_DOCUMENT_TOKEN_TO_BE_REPLACED

I assumed that the Commodore 1581 was failing because of a bad WD1772 IC (as documented in Part I). So I ordered a WD1772 replacement + the IC socket, I developed some basic desoldering skills, watched some desoldering videos, and also got a cheap desoldering iron from Radio Shack:

So, I removed the board from the Commodore 1581 and started to desolder the IC. To my surprise the $11-buck desolder iron worked pretty well. I was able to remove all the solder from the the pins in a few minutes. The desolder iron just takes some time to reach the needed temperature, but besides that, it seems to be a great tool for occasional desoldering tasks (a hobbyist desoldering iron cost more than $250)

END_OF_DOCUMENT_TOKEN_TO_BE_REPLACED 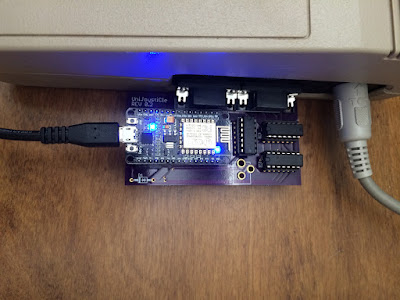 END_OF_DOCUMENT_TOKEN_TO_BE_REPLACED

As a kid, I always avoided the Drean Commodore. I didn’t like them because they were not compatible with the NTSC software.

As an adult, I really wanted one basically because I’m from Argentina, and the Drean was produced in Argentina. And I want to make sure that all the software that I develop works on a Drean.

And in my lastest trip to Argentina I was able to get one 🙂 The condition of the computer is Ok, neither great nor terrible. It works, although I need to do more tests. Here are some photos:

END_OF_DOCUMENT_TOKEN_TO_BE_REPLACED

A few weeks ago, we,  the Pungas de Villa Martelli, released “¡Arriba las Manos!”, a music disk for the Commodore 64.

It includes ten 8-bit songs, an animated hi-res graphic, an easter-egg, and you can control it with a joystick, or a mouse or the keyboard! Not even Apple puts so much love in the UX like us (the future is the c64!)

I like Fritzing. I think it is great for small projects and it is very easy to use. But it has its limitations when creating the PCB, mostly because its component library is not very complete.

Eagle, on the other hand, is more difficult to use. But its component library is very polished. Also, companies like Adafruit and SparkFun create components for Eagle, so that is a big plus if you purchase components from them.

So, I re-wrote the schematic again in Eagle, and then created this PCB: 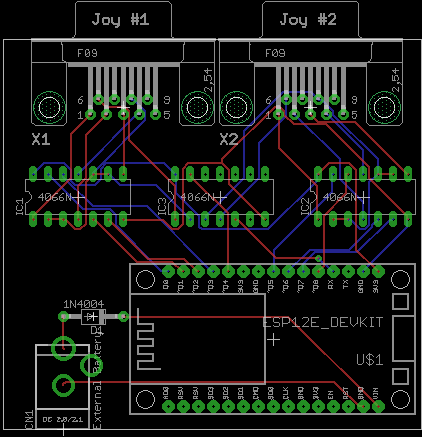