Station mode and other features 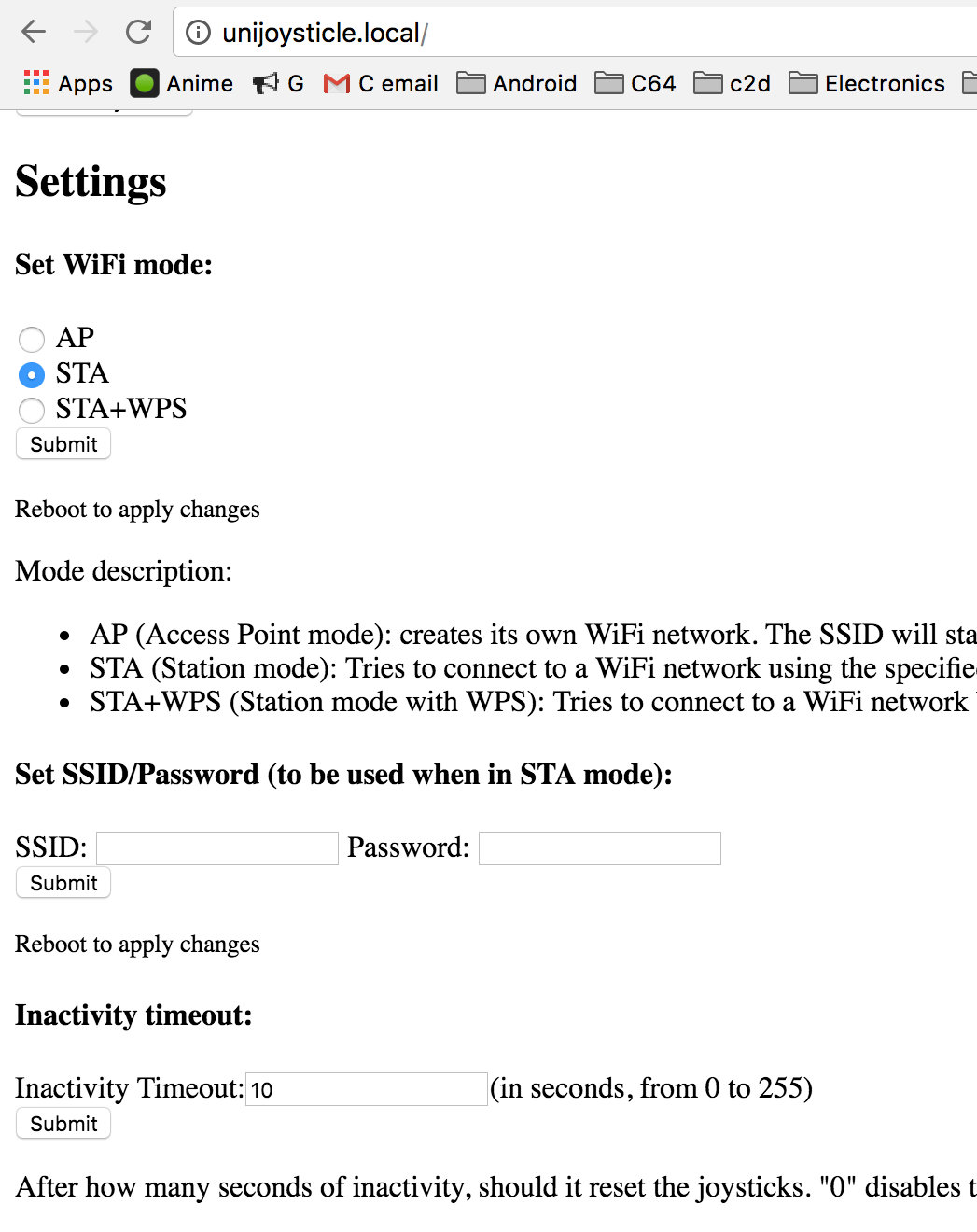 One thing that bothered me was that I needed to switch WiFi networks every time that I wanted to use the UniJoystiCle. Not a major issue, but not ideal specially if you use your phone both for the UniJoystiCle and for “regular” stuff.

In order to switch to Station mode you have to:

From http://unijoysticle.local you can also configure the “Inactivity timeout”: how many seconds without activity should elapse before all the joystick lines are set to Low (simulates no joystick movements).

I also added statistics: It tells you how many seconds you spent on the different joystick positions, and how many movements you did. Useful, right? 🙂

Another thing that needed to be improved was flashing a new firmware. Before v0.4.3, you had to do compile the firmware yourself, and upload it. Not ideal, specially if you are not a developer.

Since then, manually flashing the firmware was simplified a bit:

For Windows, esptool.py should work as well, but NodeMCU-Flasher seems easier to use.

And once you have v0.4.3 installed, you no longer need to manually flash new updates. Upgrades can be done from the WiFi device itself: 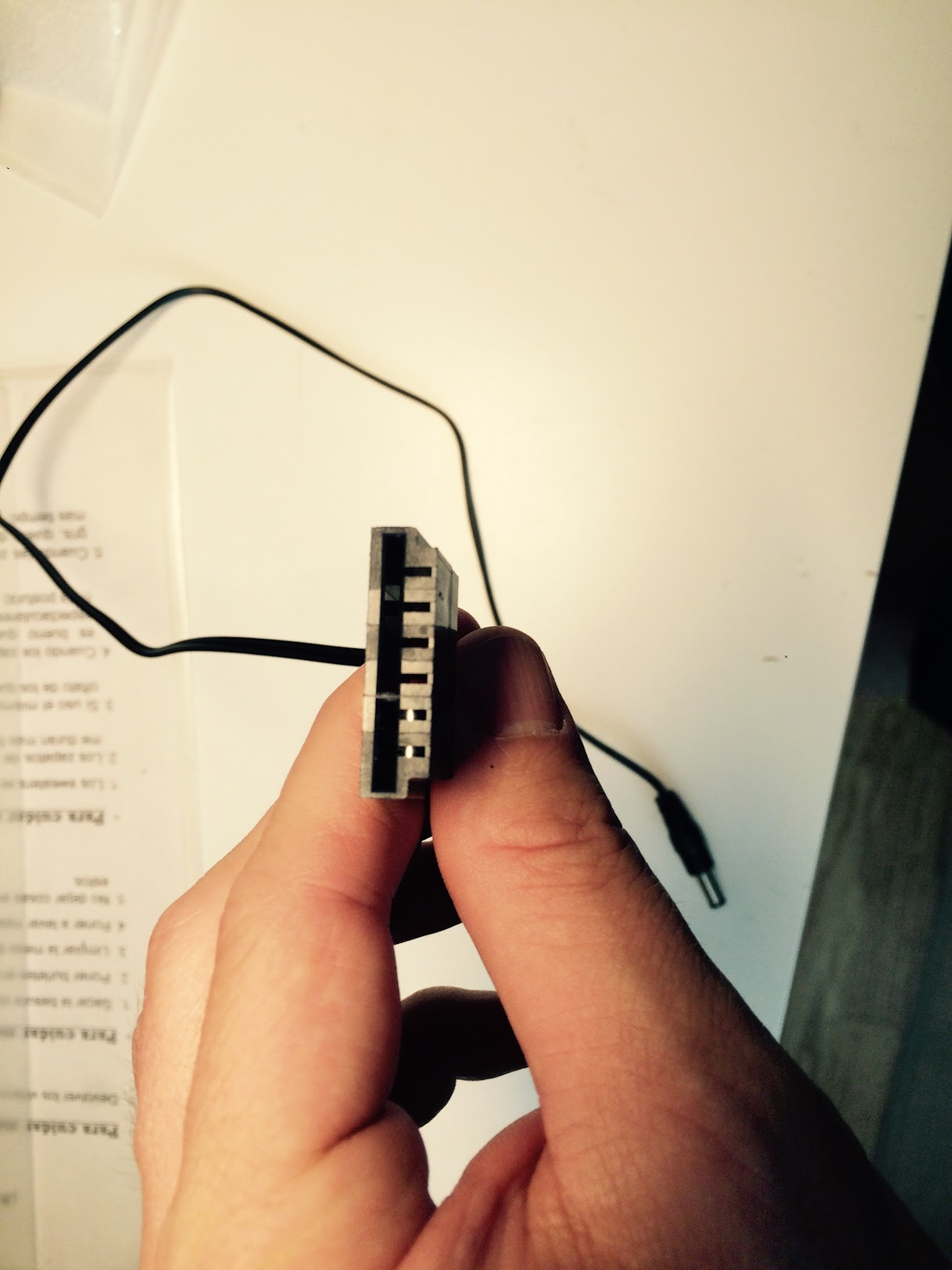 Powering the device with a USB cable works. In fact, that is what I do with my devel WiFi board. But if you are not a developer powering the device from the Datasette port is a better alternative: self-powered, looks better.

An inexpensive (less than $3) DIY cable can be done with:

The benefits of this cable are:

The drawback, is that it is not a pass-through cable: You cannot use the datasette while using this cable. But hey, it costs less than $3.

Another thing is that the WiFi device needs less current than initially thought:  320mA instead of 400mA (this is the max needed current).  In fact, on regular usage (no more than 5 High lines at the same time, and connected to a N WiFi network), it doesn’t need more than 150mA.