So now that you have the replacement chip, you have to put it on the SX-64. Opening an SX-64 is easy, but it has more screws than the regular C64.

Then locate the CIA1 chip, the one with the UB3 legend. And replace it.

Assemble everything and test it. Keyboard should work Ok. 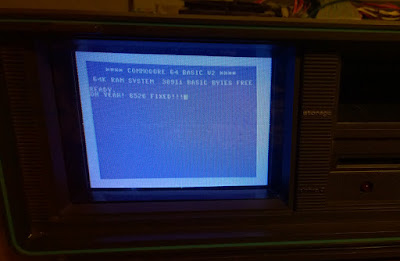